Nestled among the mountains of Pahang, Cameron Highlands lies just over the border of Perak. Connected by road, local visitors often drive up with personal vehicles, but bus and mini van services are available from major destinations across Malaysia such as Kuala Lumpur, Ipoh and Penang as well as Singapore. There are four major gateways by highway; Tapah, Simpang Pulai, Sungai Lipis and Gua Musang.

In Camerons, Uniregal operates the local bus service that plys the main road from Freesia Terminal in Tanah Rata to Kampung Raja, passing through Brinchang, Kea Farm, Tringkap and Kuala Terla. Another great way of moving around Camerons is by joining a tour from operators or hotels in town - these cover most tourist attractions within a day.

From South (Kuala Lumpur, Malacca, Johor and Singapore), the most popular gateway is through Tapah Town. The exit from North-South Highway follows a narrow trunk road that cuts through a lush mountain range for about 40km (an hour's duration; drive is slow as road is windy) up to Ringlet, the first township of Camerons.

The second most used route is via Simpang Pulai Highway (20km before Ipoh/30km after Tapah along the North-South Highway) used mostly from North (Penang). Some travellers from South prefer this gateway despite extra distance, as the highway is wider and provides greater visibility. The highway exits at Kampung Raja to Camerons.

A third gateway arrives from Gua Musang in Kelantan, cutting through Lojing Highlands until it reaches the same interchange to Kampung Raja. Finally, the most recent gateway is from Kuala Lipis/Raub (by extension, East Coast), a remote highway that connects from Sungai Koyan through Pos Betau to Bertam Valley, a village town located slightly below Ringlet.

Taxi counters are located at Freesia Terminal and also Brinchang Town square, where visitors may charter cabs for a minimum of three hours. Tour counters may be found around the shophouses and hotels of town, where transport by van/Range Rover is included with trips. Finally, motorcycles may be rented from backpacker lodges in Tanah Rataif self-driving is preffered. 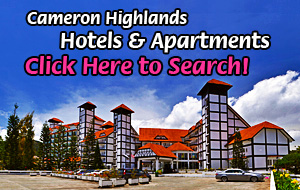 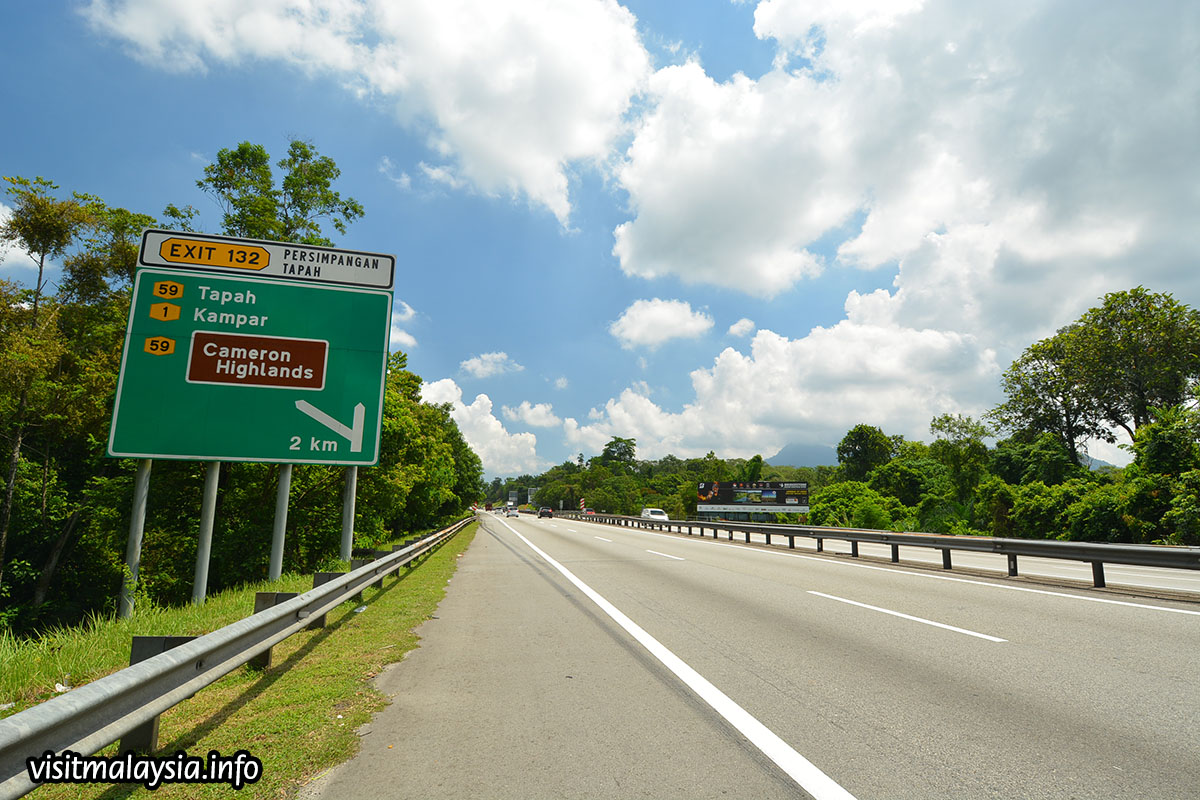 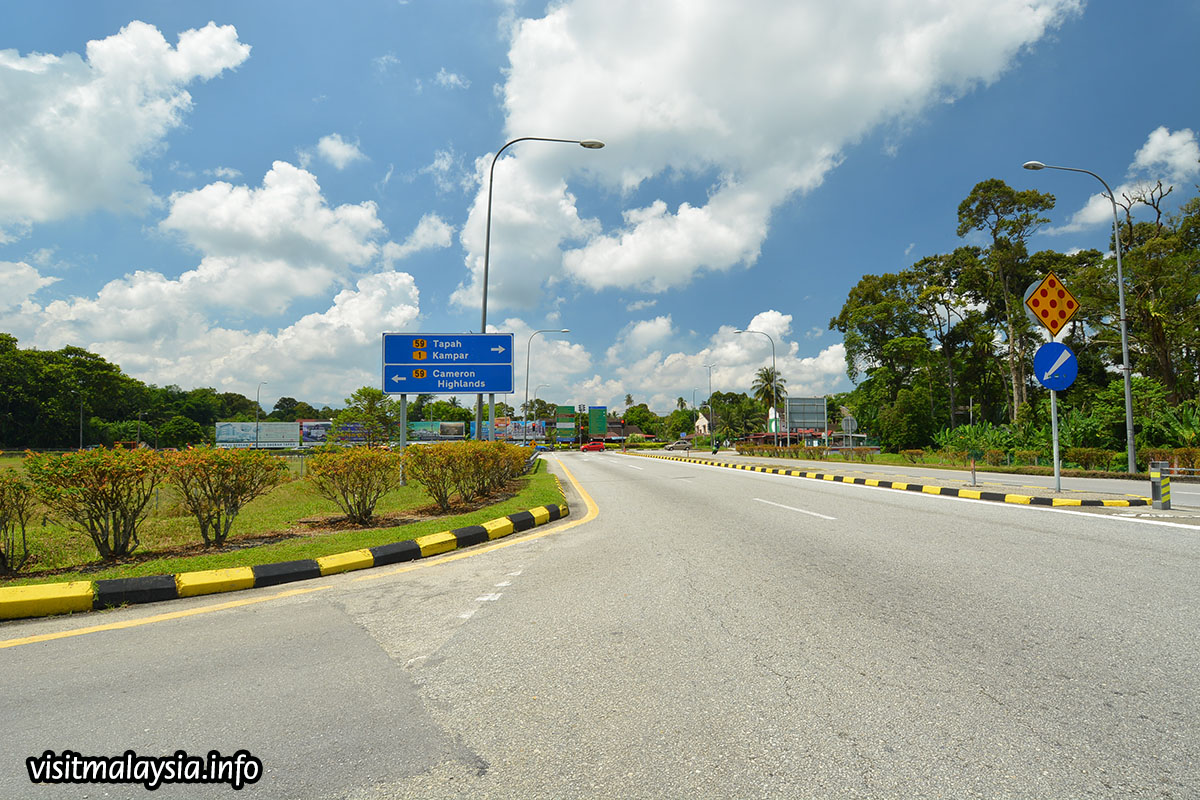 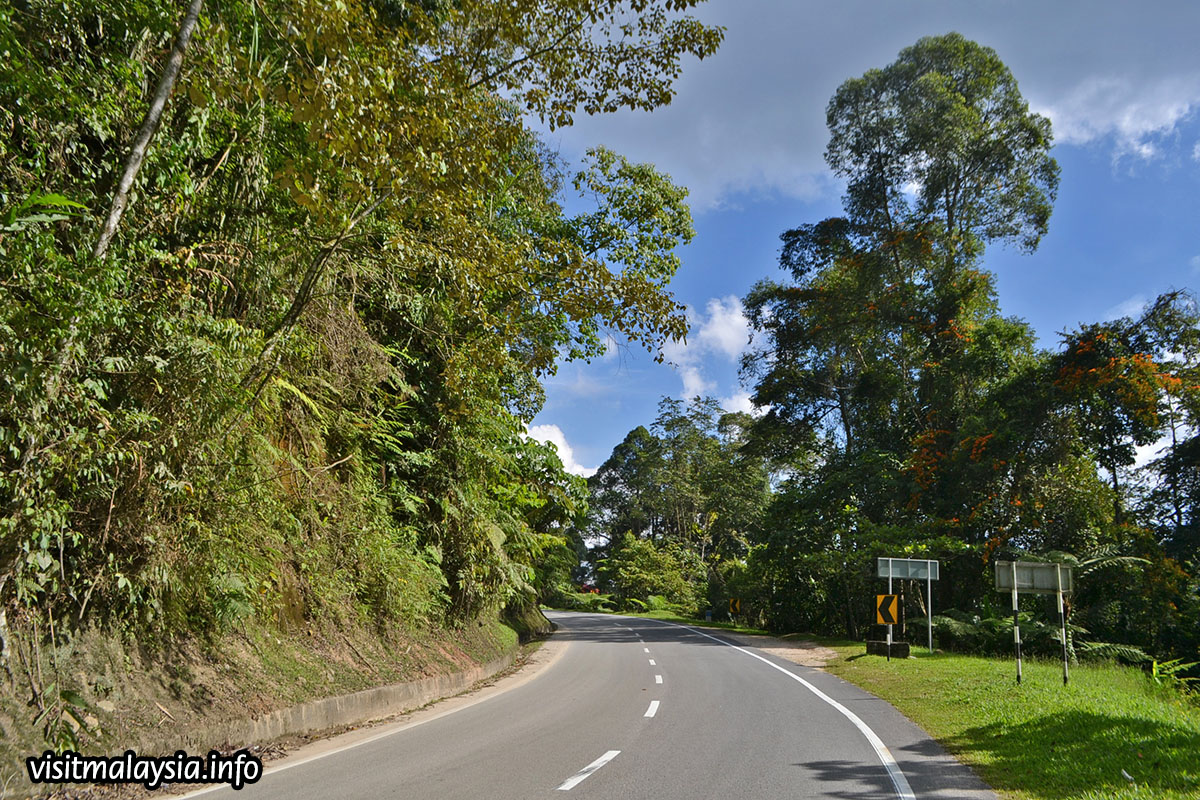 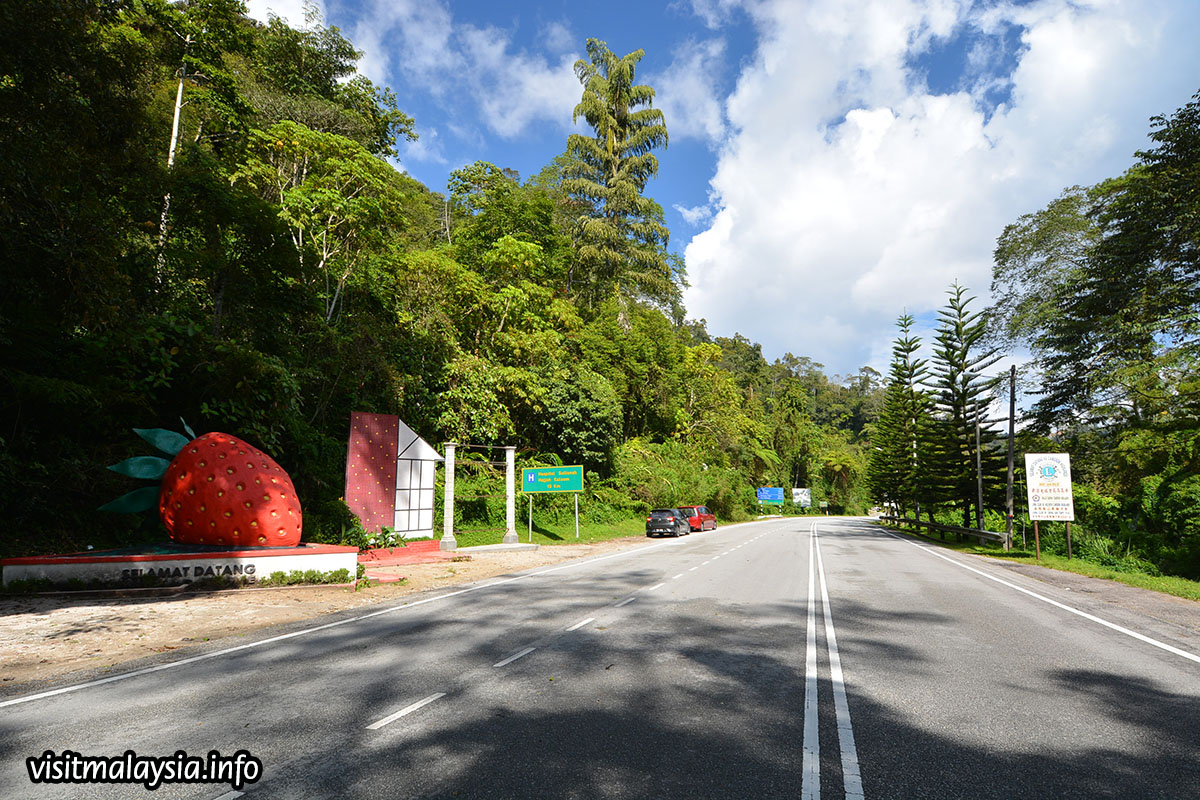 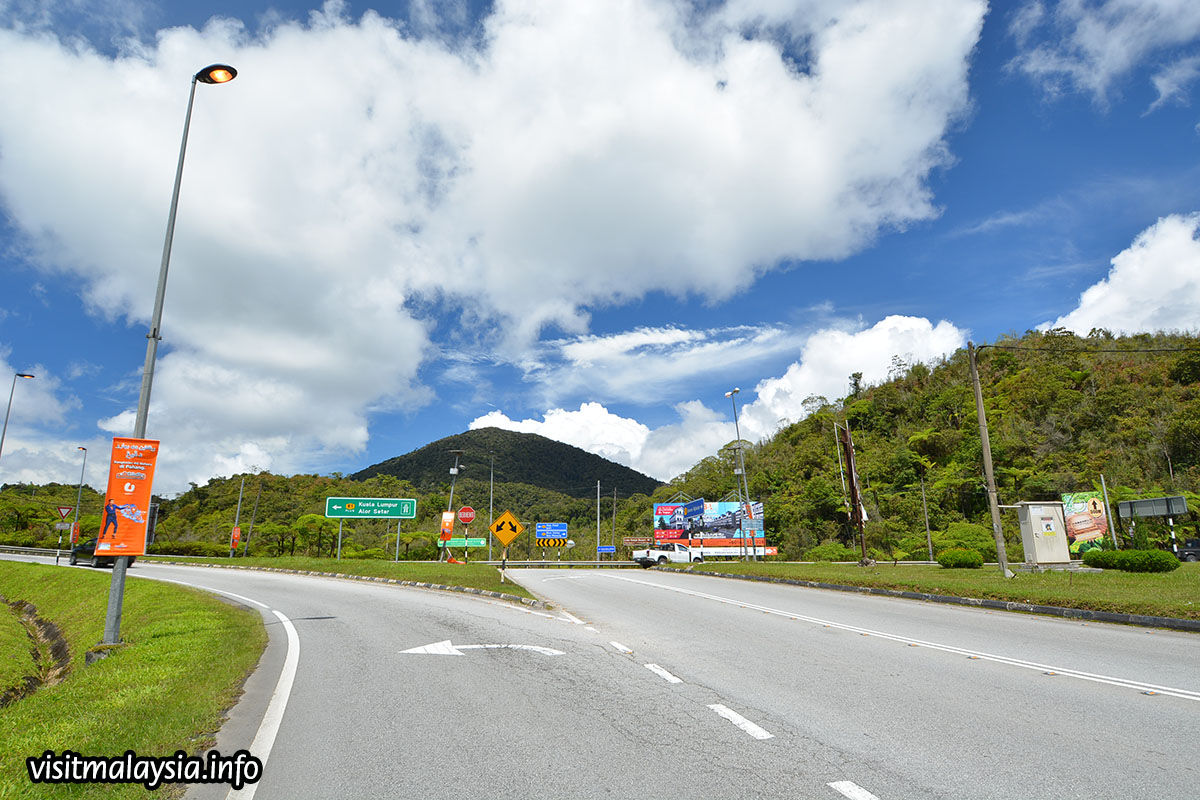 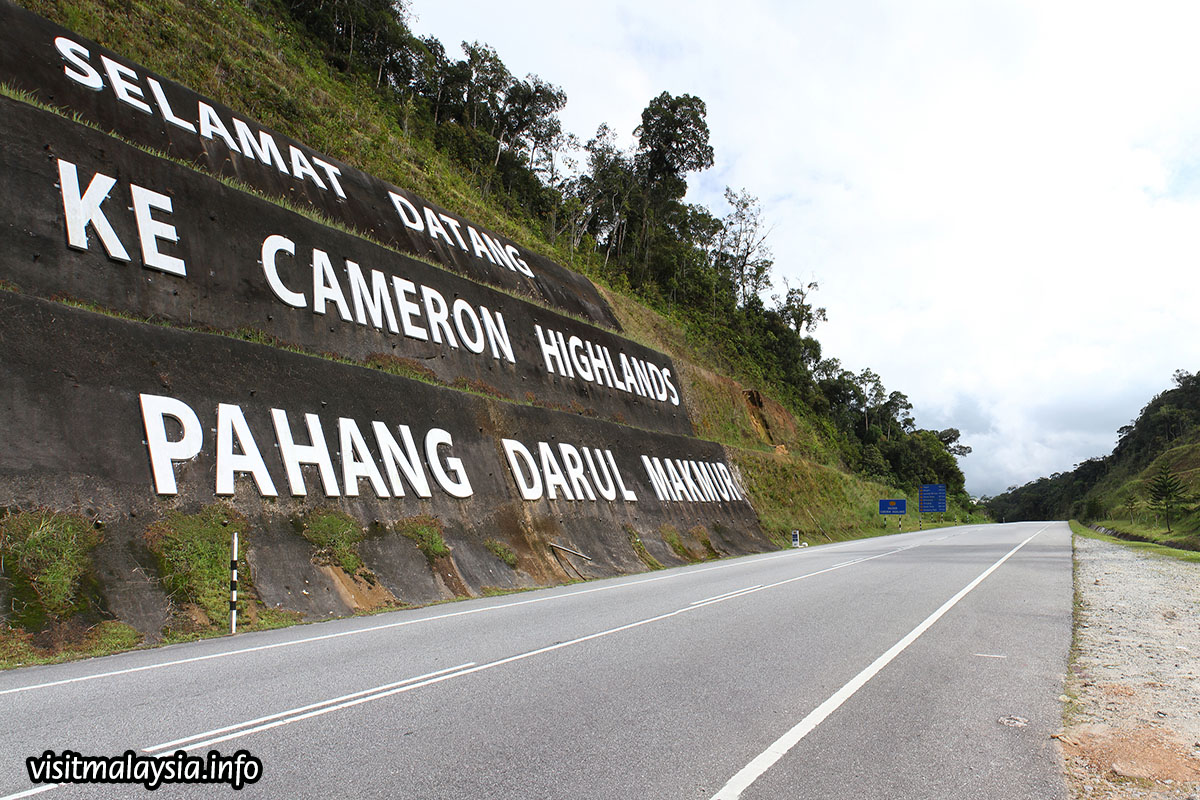 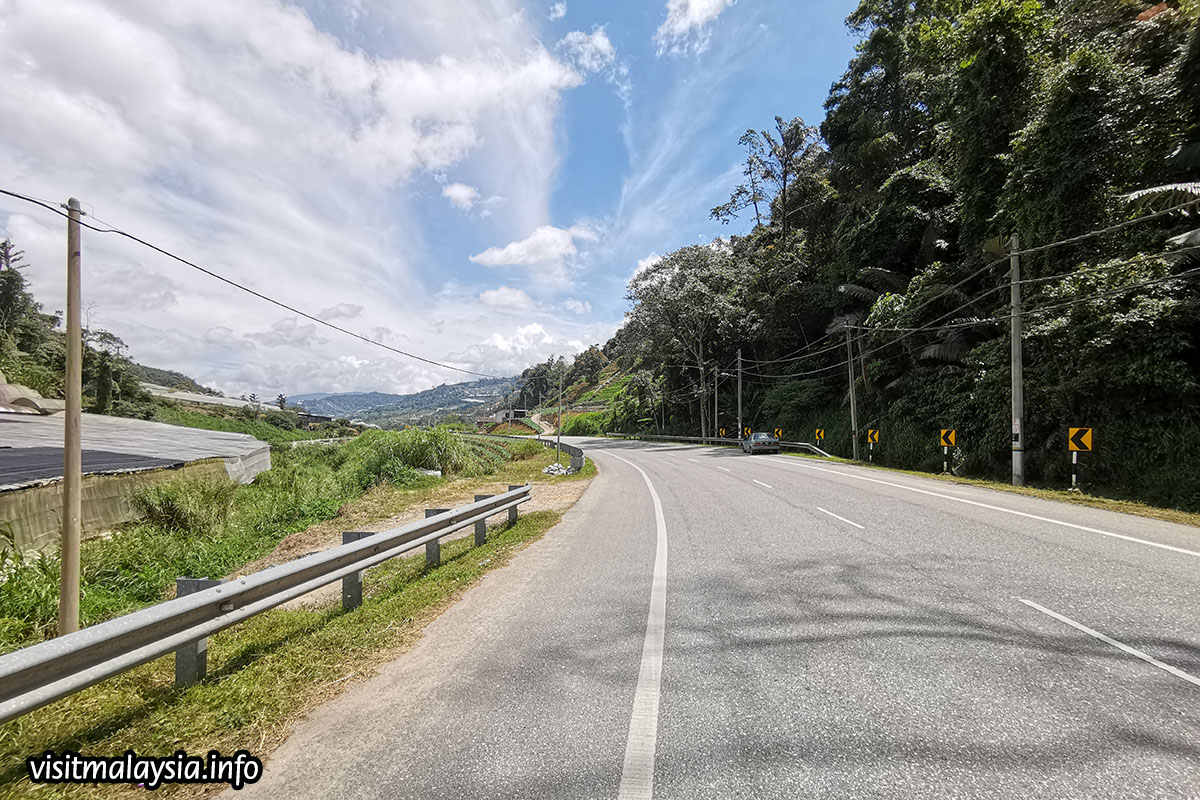 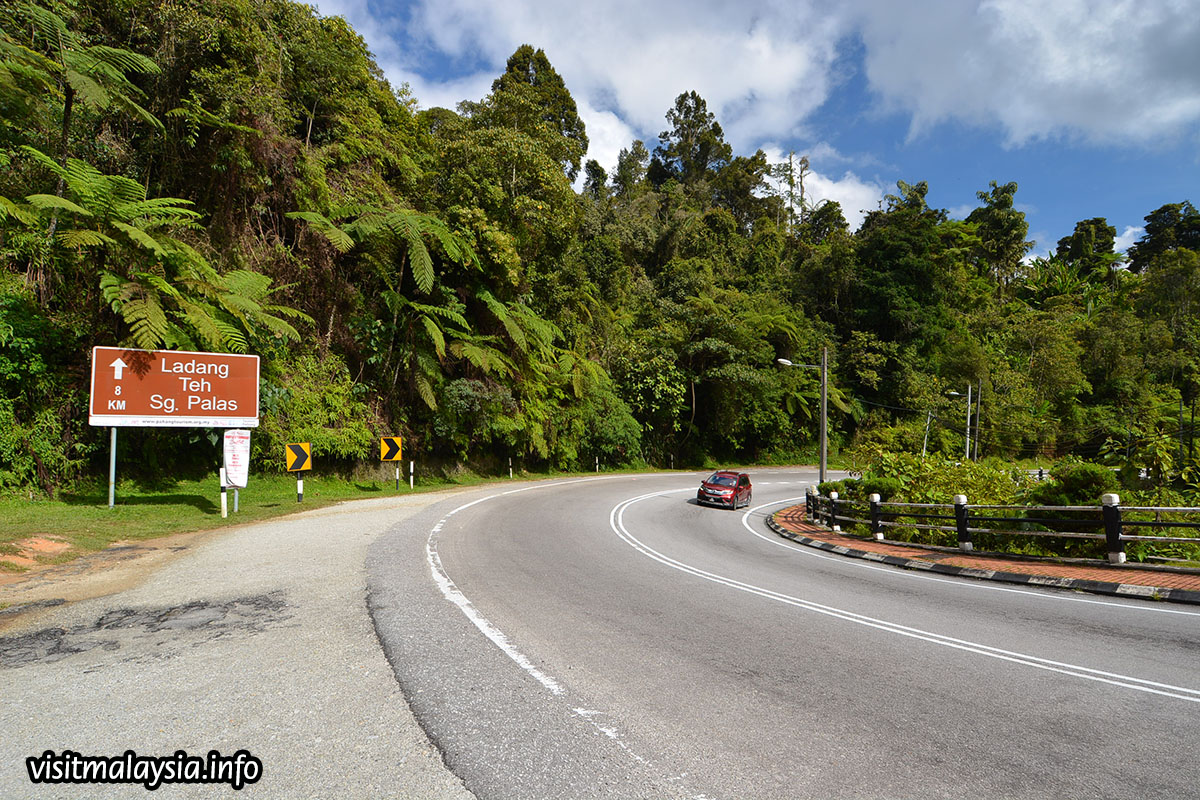 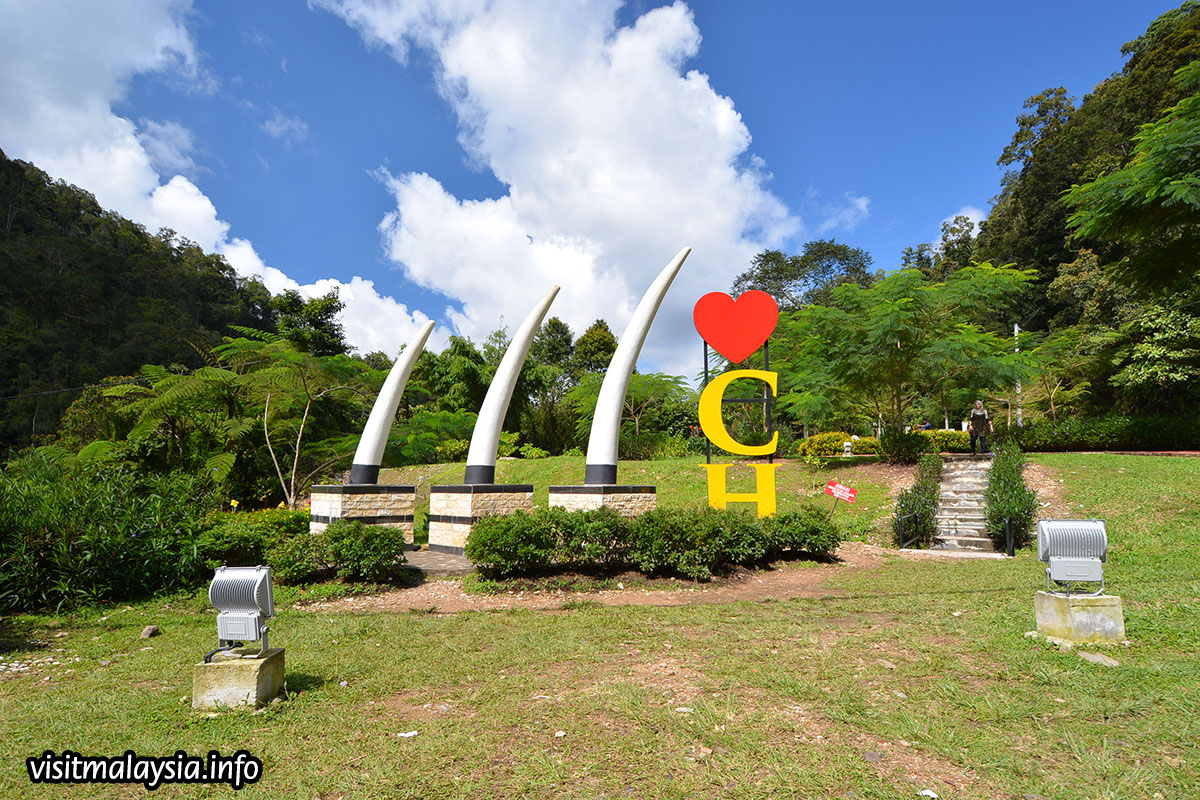 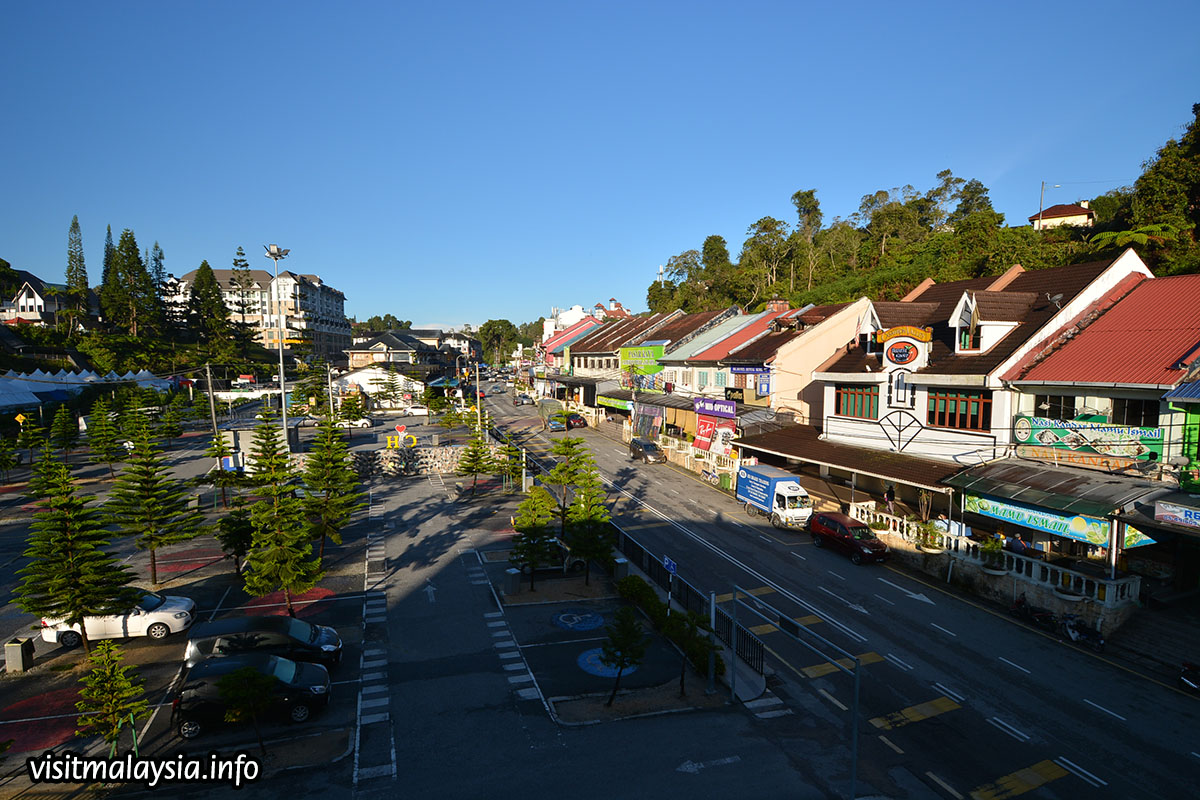 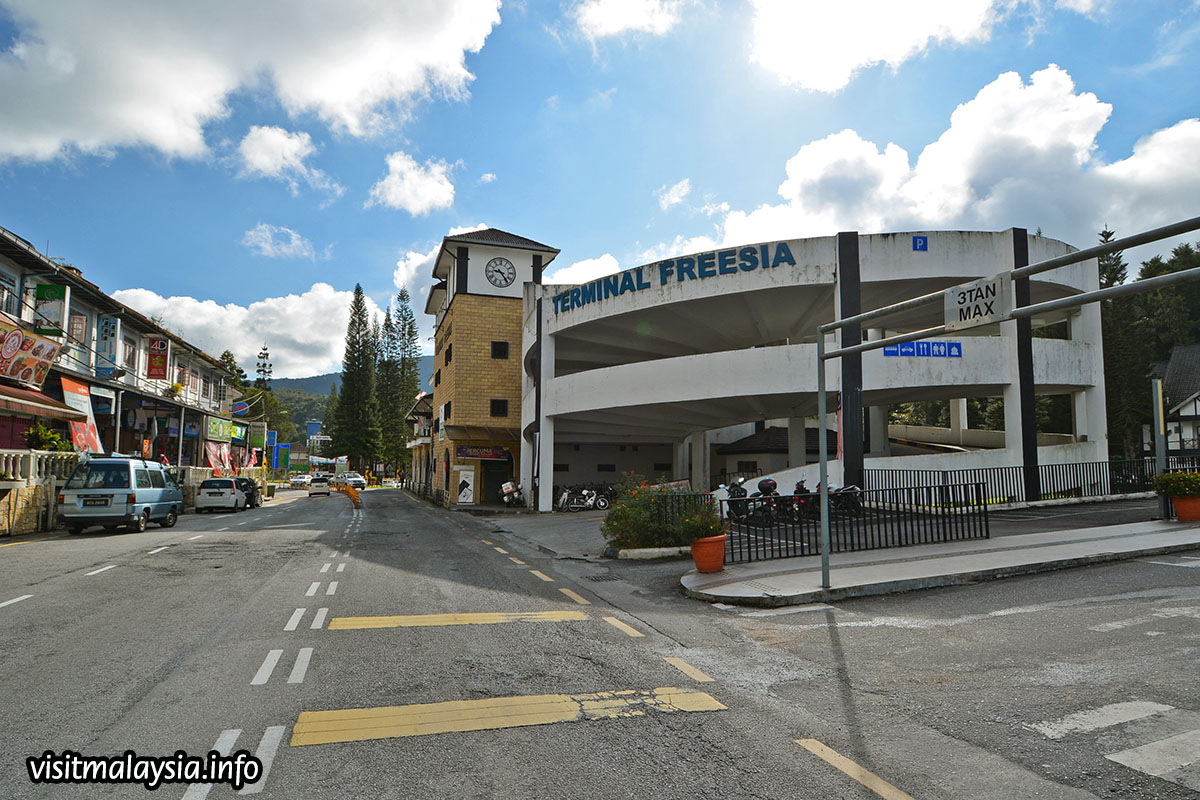 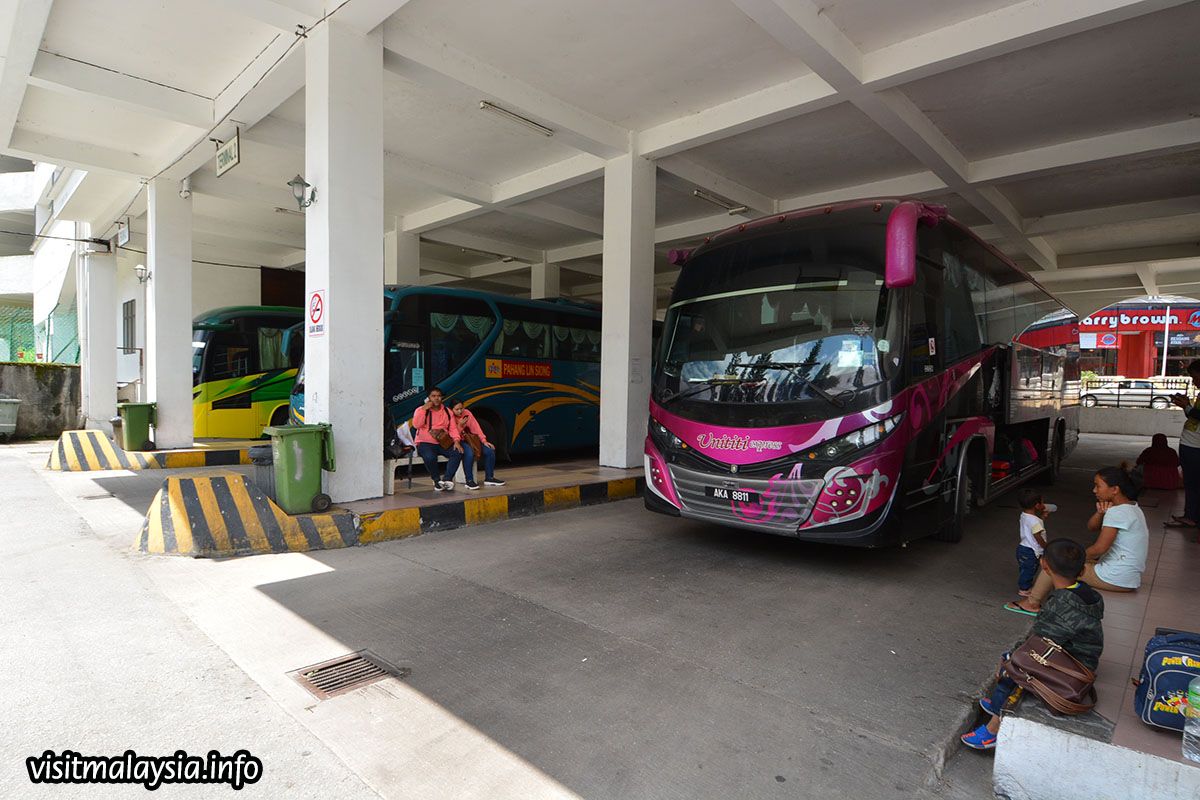 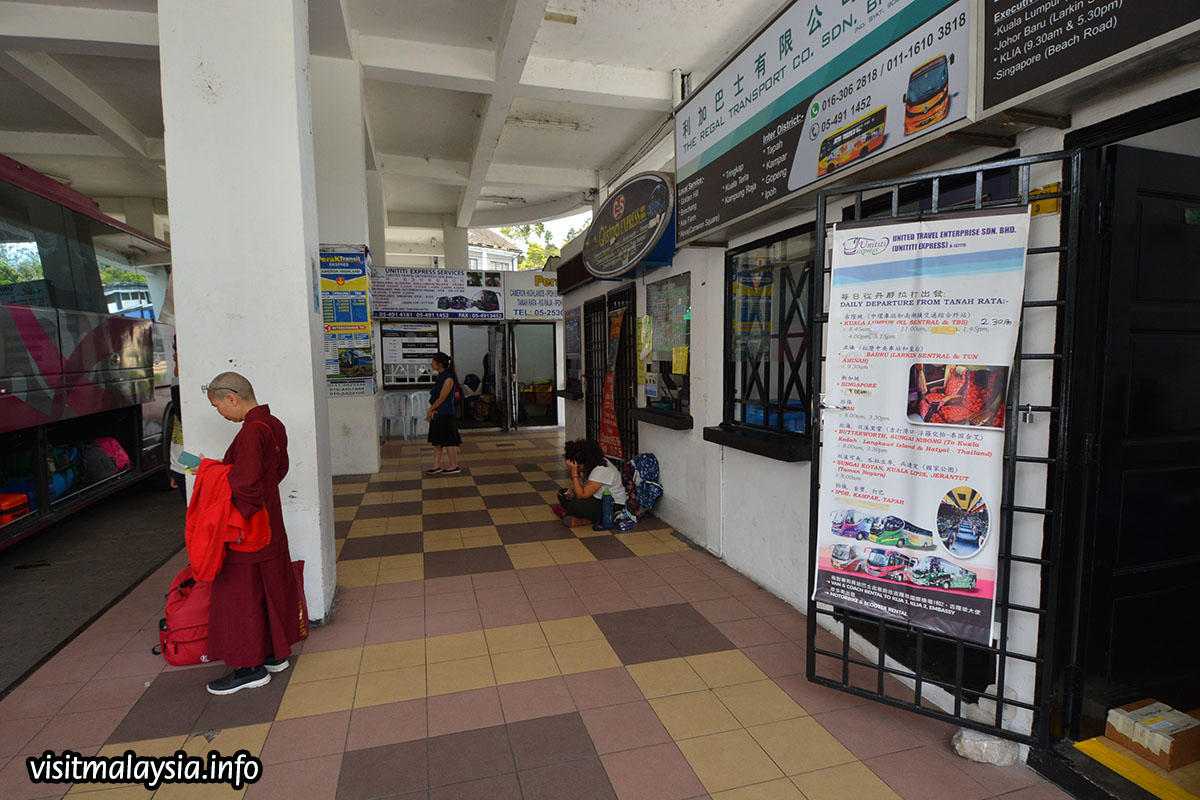 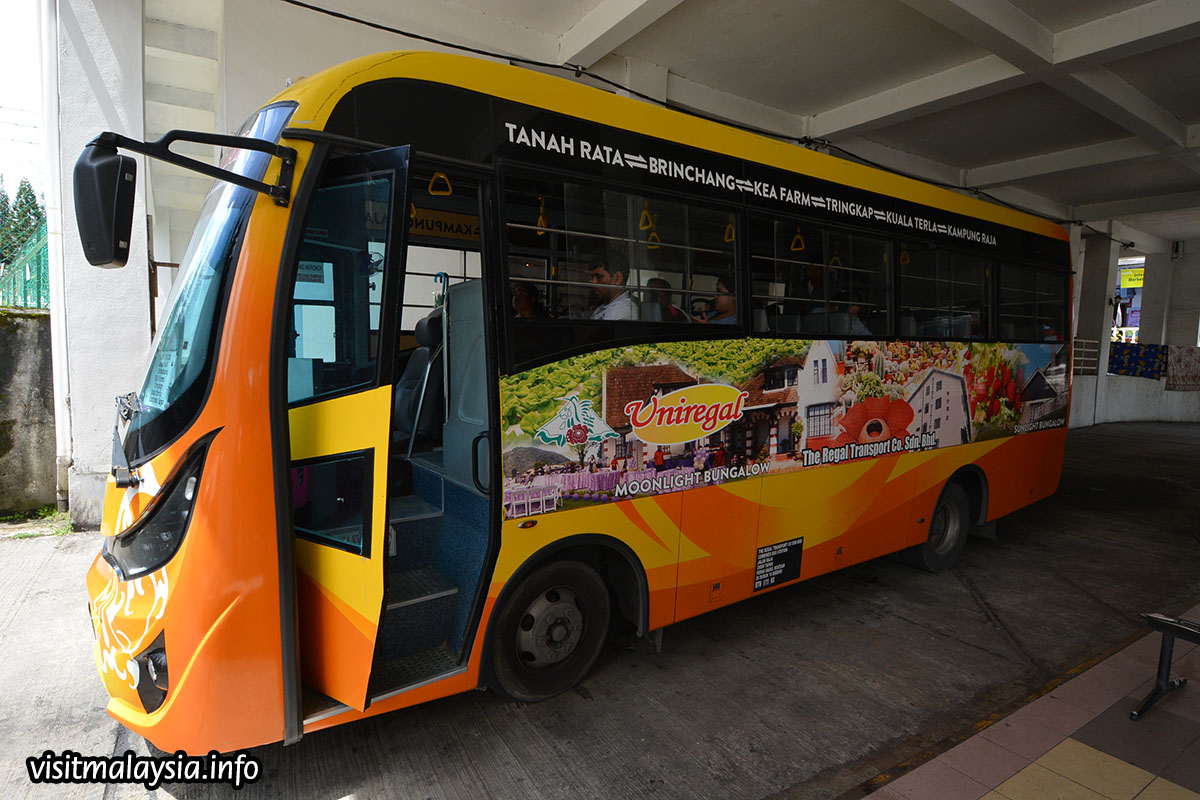 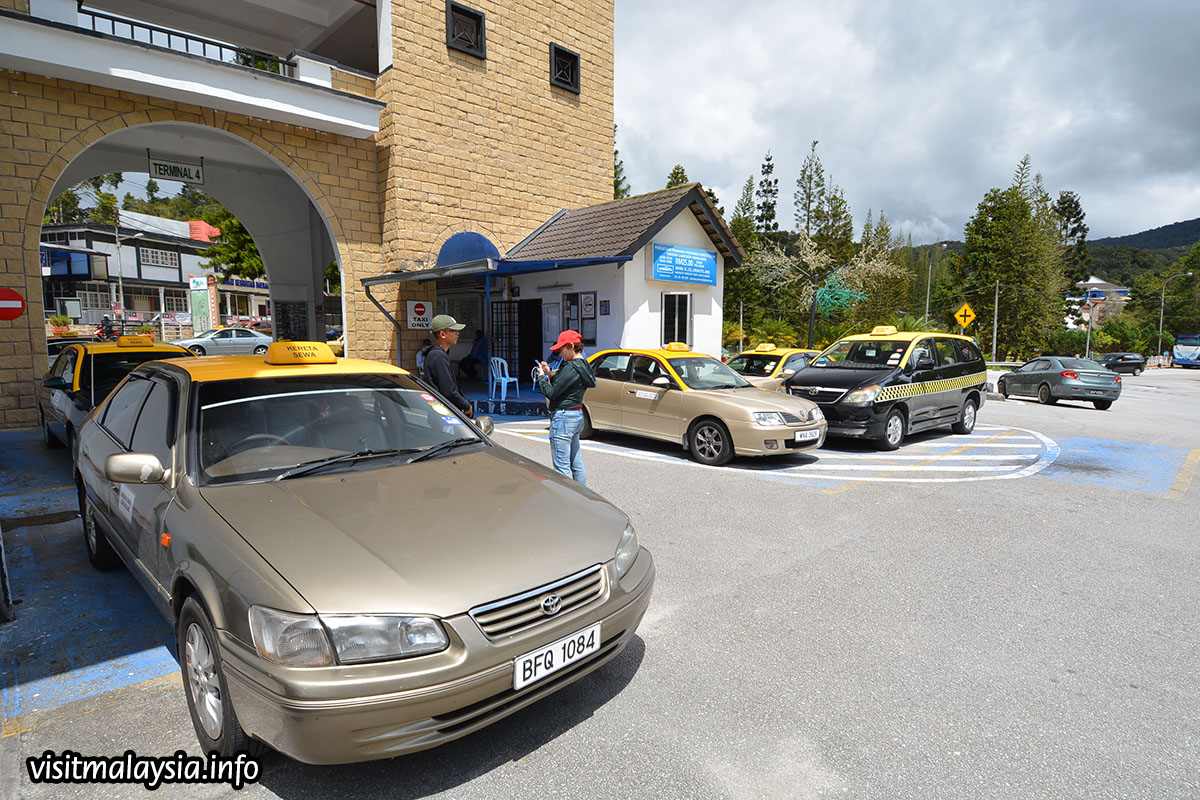 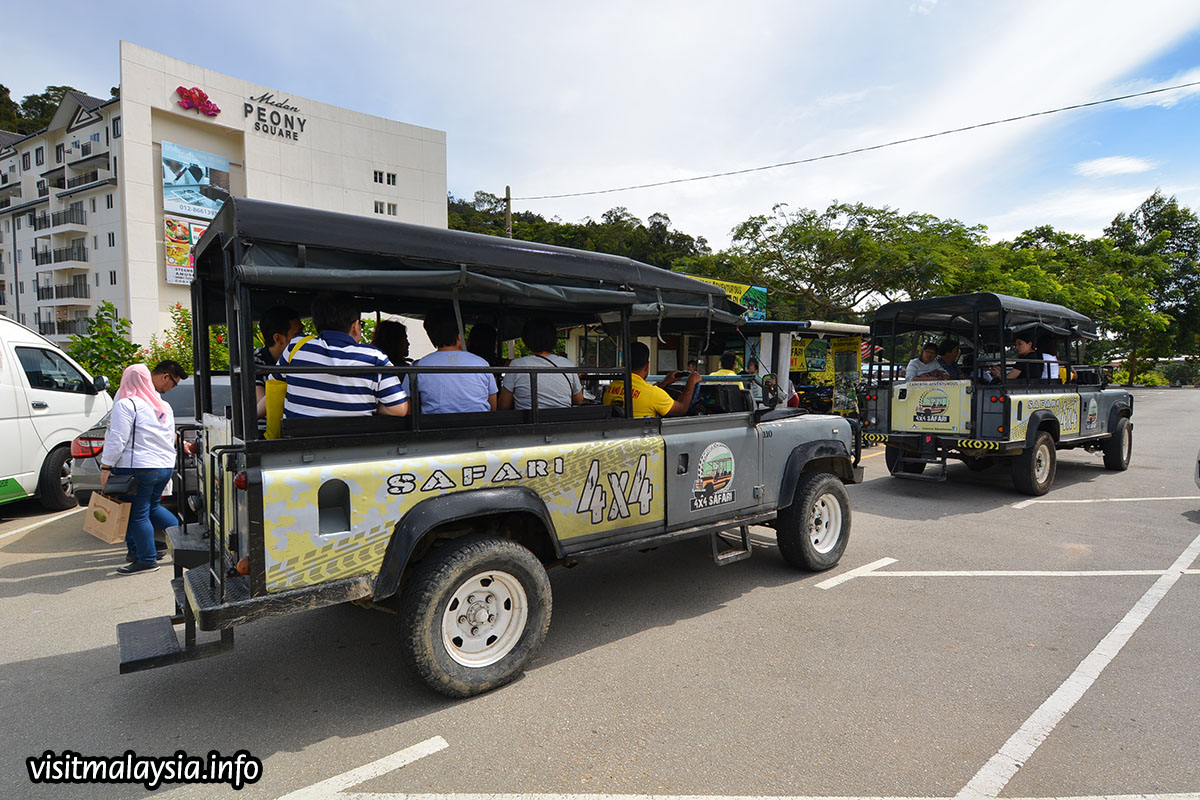